Foster the People is an American indie pop band formed in Los Angeles, California in 2009. The group is composed of Mark Foster, Cubbie Fink, and Mark Pontius. The group's music, described as melodic dance-infused pop and rock, spans many genres. "Pumped Up Kicks" became a crossover hit on commercial radio in mid-2011. 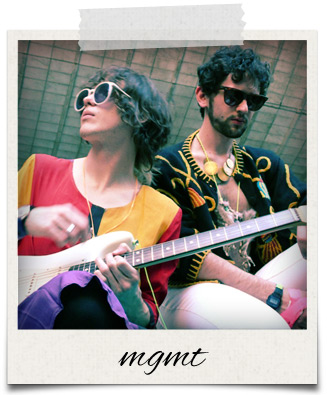 MGMT's first album, Oracular Spectacular, debuted at No. 12 on the UK album chart, was number 13 after 34 weeks in the New Zealand RIANZ charts, and hit number one on the Billboard Top Heatseekers chart. It has also been named the 18th best album of the decade by Rolling Stone magazine. It was named the best album of 2008 by NME. 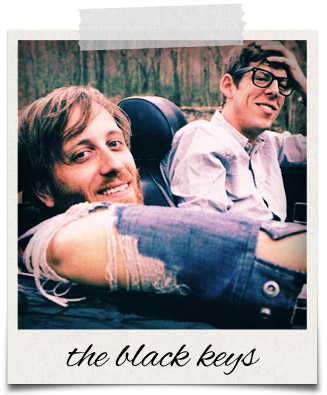 The Black Keys is an American rock band formed in Akron, Ohio in 2001. The group consists of Dan Auerbach (guitar, vocals) and Patrick Carney (drums). The group began as an independent act founded after the duo dropped out of college, and they eventually emerged among a second wave of popular garage rock revival artists from the 2000s. 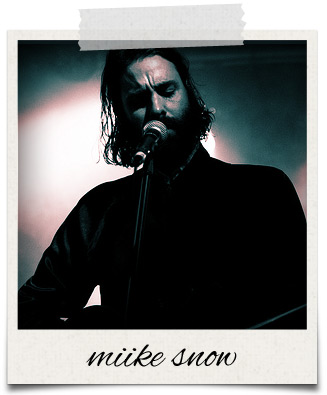 Miike Snow was formed in 2007 in Stockholm, Sweden. Band members Christian Karlsson and Pontus Winnberg were childhood friends who spent time playing in bands and working on various projects in studios throughout the city of Gothenburg. Karlsson used to be a member of Swedish hip-hop band Goldmine, who toured with The Fugees.

Sound Space is a responsive, jQuery music player with loads of options. You can customize just about everything. This audio player is supported by all major browsers (Firefox, Chrome, Safari, IE7+, Opera etc.) and mobile devices like iPhone, iPad, Android etc. You can add self-hosted MP3 files and tracks from SoundCloud very easily.

How to set a link to play a track

You can also link to the player from within the content by using a special CSS class: "fap-single-track"
Here is some example code:

This code outputs this link: The Temper Trap - Sweet Disposition

If you are linking to a track on SoundCloud, it will automatically include a title. If you link to a local file, make sure to add a title so the player knows what song is what. Like this:

How to add cover art for local mp3s

In the file description box, you can use 4 parameters for your local mp3s. They are:

Here is a complete example with 2 tracks added. You can add as many as you want, each on a new line. 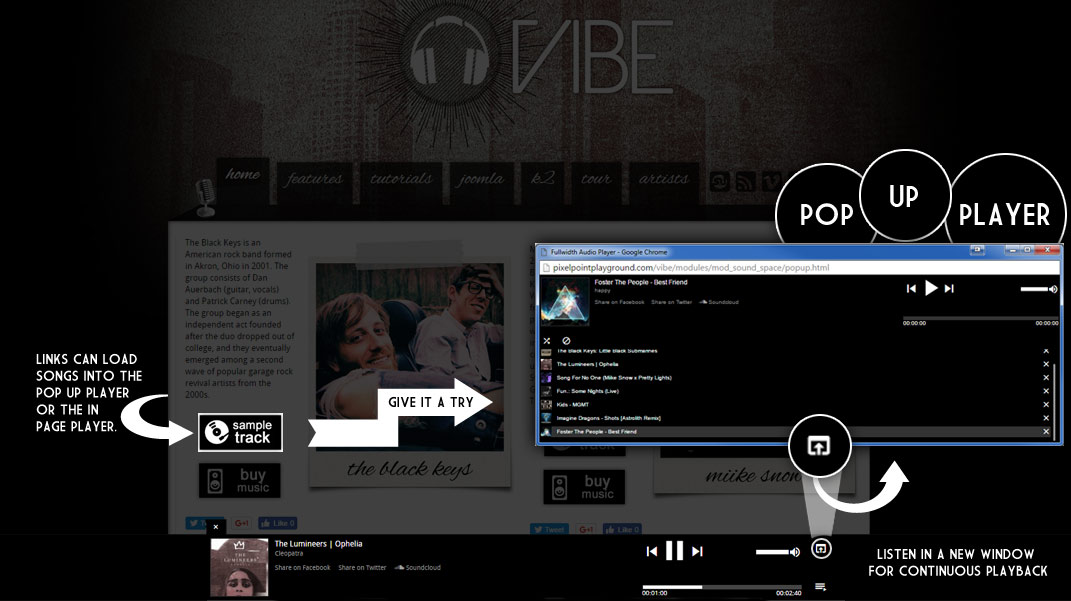